**ching** = the quick, little pops of arousal I feel in my pants whenever my DM is thinking about me.

The following is a twin flame question I answered on Quora. I was tooting my horn for the amount of views in such a short amount of time:

I remember going through all this worry about what my mission is supposed to be as a Twin Flame.

I don’t know why I capitalize the ‘T’ and the ‘F’. Why are you asking?

It’s the label thing everyone talks about.

I remember going through all this worry about what my mission is supposed to be as a twin flame. Turns out my mission, really, is just to help raise the vibration here on Earth. Also, I am supposed to use my creativity to let others know that this is real. This is not all in their head. We are all not crazy.

Well, some of them are…and you’re a wiseass.

Oh, I know. And I know that, too. But, he can’t help being like that. Look what raised him. A pair of narcissist parents who didn’t know how to hug and show affection to their children. I can’t blame him for that.

That doesn’t excuse his behavior, does it?

What, the smear campaign? The desperate need to prove to others that he never cheated on me and ‘unmask’ me for the ‘fraud’ I am? Nope. But, he’s my toxic Karmic Ex. He is living in his silent Hell every day that I do not talk to him and ignore every single text message, voicemail and attempt to smear me like it’s just a drop of water rolling off my back. He keeps thinking there is a hope I may read his text or that I just MIGHT approve one of his lame comments on my blog so that others can see it. It’s not my fault he is lame, babe. Mentally, he is still two and half years old.

Christina, he is dangerous.

I know this. And I am glad those who know it protect themselves from him. But, the one guarantee I have with Wesley is that he is lazy. He always has been and always will be. He is a chihuahua dog with all bark and no bite. Really, he is just like that one gnat you can’t seem to get rid of while sitting on a park bench or something.

He knows this post is about him. What happened to his

…dyslexia? I know, right? It comes and goes. For someone who hates to read because the letters ‘jump all around’, Wesley sure does LOVE reading my blog. He puts a ‘LIKE’ on every single one not realizing all he is doing is boosting my stats. Which, by the way, need none of his help anyway, I’ve noticed. 🙂

I love the way you write. I like how the way I speak comes out in your writing, too. Not all of it, but sometimes. Especially when you channel my energy when auto-writing stuff. Even my handwriting.

Thanks, love. Others are starting to say the same thing and it helps boost my confidence with spreading out this information. Is the handwriting even that close? I mean, it’s not MY handwriting, so…Like, look in this picture. You interrupted my list of things to do and you can actually tell where your energy started to come through right as I was writing Art’s name:

Plus, there are lots of twin flame blogs out there. People have realized what’s going on and want to document this shit. All of us are different. Each and every one of our journeys is different. There’s a shit ton to read out there. I just assume make it my own.

It’s real. What you write is real. I like that you don’t care what other people think when it comes to your writing.

Don’t get me wrong. I want people to like what I write or they won’t keep reading.

But, it’s like you write the actual way it comes out of your mouth.

Why did I think nothing but nasty thoughts while typing that last thought of yours?

Because, you’re a dirty girl. I love that. Don’t ever

change? I was just going to say the same thing about you.

Oh! Can you believe he did this? He is now creating fake Facebook accounts using your name, but he of course isn’t spelling your name right. This is where the two year old mentality comes in. Does he ACTUALLY think I will accept a friend request from a picture-less account with a name spelled slightly like yours in hopes I may believe it’s you?

I’ve been TELLING him that since right before I left his ass, hun. You have to first realize something is wrong with you in order to begin to fix it. He doesn’t think there is anything wrong with the works of our relationship. Thank GOD I was the one who woke up and split. Thank GOD.

I know, me too. I was serious when I said I would kick his ass if I found out he was cheating on you.

I remember that text you sent me. I wish I still had that text. I bet I can find it in my Message archives, if I really dug deep. It was the sweetest thing you’ve ever said to me. In the physical, I mean. That and I love it when you say, “That’s my girl!”

Again with the exclamation marks…

But babe, that time you really did use the exclamation mark that time. It was the time I ran the table on Scott, I think. It was my first time running the table on anyone, let alone Scott.

Or no wait…It was another time that you sent me that. The time I ran the table on Scott and messaged you, you were like,” Good job.” I remember I was astounded that you could have been so passive over something so cool. That’s when you started acting weird towards me.

I had to hide my feelings for you.

Well, you didn’t do that great a job with me, babe. You fooled everyone else, though. Except maybe your Crazy GoldDigger Karmic. That night you touched my hand to act all interested in how I got the callous on my hand. It was the WAY you slid your index finger down from the inside of my palm slowly down to my wrist. And even said, “What’d you dooooo?”

But, you did it right in front of her. How could a woman not notice her man touching another woman’s hand the way you did while IN FRONT of her? If she never wondered in her head if anything could possibly be going on and that touch you gave me didn’t do it, THAT AND her finding me at your pad drinking beer with you seated next to me on the couch would have convinced her.

Man, I can’t believe she came home early that night. We got the lights up, though.

I had NO idea she was even supposed to be out as late as she was supposed to be. It’s probably a good thing I didn’t know that. It was weird that night the way you were acting.

Adonnis is ordering pizza for us for tonight. We are doing a movie, beer and bud after work. I wanna show him either Steel Magnolias, the OG one, not the latest reboot movie, or Sixteen Candles.

He’s never seen either of them?

Nope. He’s led a sheltered life, I’m afraid. No, plus he is only 23 and Sixteen Candles was more our time.

Oh my gosh, babe. Look at the meme I found:

I loved that meme you sent me. The one about the laundry room.

Oh, I know which one. You pop that into my head all the time and out of nowhere.

THAT is me, babe.

I sure hope so! (insert wicked grin emoji here)

You have no idea when it comes to you.

Have you always felt that way?

Since meeting you, yes.

You hid it well at first…

It wasn’t easy, you know. Cut me some slack.

It’s funner to tease you about it. I read you like ‘Moby Dick’.

Fine. I read you like ‘The Count of Monte Cristo.’ Yes, I read that cover to cover. The movie was good, too. The book was better.

What were you doing on his bed?

Oh, you know. And not what you think. I told you we don’t fool around anymore. Wayne was over and he gets the one other chair in Art’s room. So, that leaves the water bed. I hate getting into his bed because it’s a bitch trying to get out. Have you ever tried to get out of a water bed?

Funny. I’m telling you…it’s a pain in the ass. I never want another water bed as long as I live.

Art hasn’t gone anywhere today. Probably because he is still unable to blow into his breathalyzer. You know they only allow a certain amount of ‘lock outs’ before they completely take your driver’s license.

I don’t know why it’s so hard not to blow into that thing once you’ve been drinking.

Well, he drinks a shit ton at night then in the day time, he may not taste it on his breath, but it’s still in his system, so he will blow. He wised up, though. He did like Wayne and bought one of those mini breathalyzers so he can check his blood alcohol level before blowing into his car breathalyzer. Smart, huh?

It’s hard, Christina. And you have no room to talk.

Kind of, I do yeah. I am not a raging alcoholic and

but you know exactly what I am thinking right now.

I love when you do that.

Then you know what I mean by that…

That night I went to the bar after you made me that short video of Mark talking shit about the bet we made.

You were drunk already. I smelled vodka on your breath when I got close to your face. Not the Jager shots you had just pounded when you got there.

I hate when you remind me of that.

I’m going to jet for the night. I have been working on this post off and on all day cuz I was at work. Oh and I knew ‘The Birdcage’ was definitely for Adonnis. 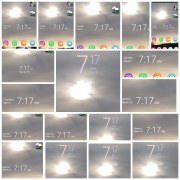 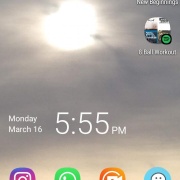 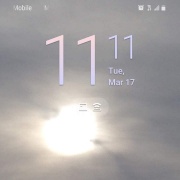 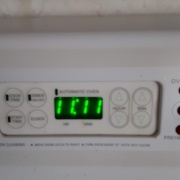 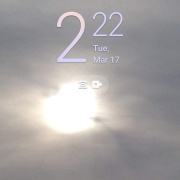 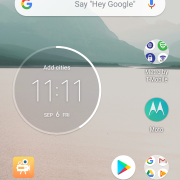 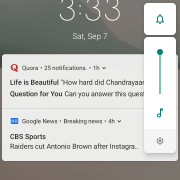 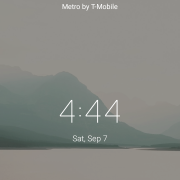 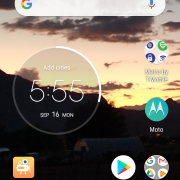 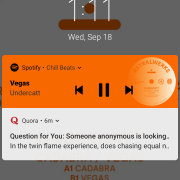 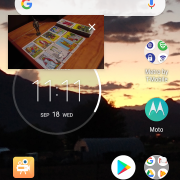 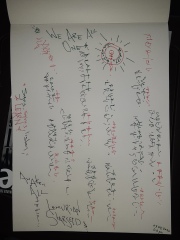 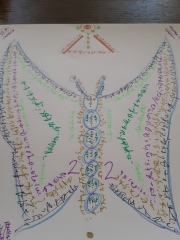 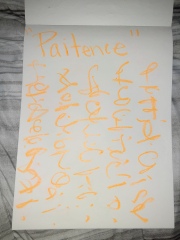 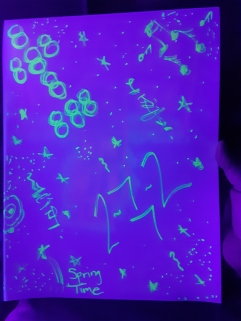