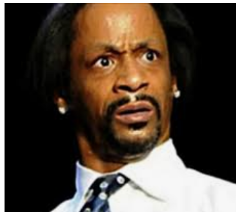 I was asked the question, “Do you ever feel unwanted by everyone on this planet, and it is a trigger and what issue is it connected to?” The following was my response:

Thanks for the question. I wouldn’t say I feel unwanted, but after trying to explain the TF Journey to my mom the other day and getting the reaction you see in the picture below, I will be honest and say I felt a little displaced. What I mean by that is she used the phrase “I believe YOU believe all this is happening…”which felt to me she doesn’t believe one word of what I was saying. She expressed a what, to me, was clearly a lack of interest. To her, she said it was the fact that she had only asked one question and I continued for ten minutes. She cut me off and even gave a loud sigh when I continued.

This is my mom. The person whom I thought was supposed to support me my entire life and believe in my wants and goals, especially if what I’m doing is help transforming me into a better version of myself. Yet she is the only one who still asks when I am going to get back on my bipolar meds. I have told her more than once that I discovered I do not have bipolar disorder, I am simply empathic. I pick up on other people’s anger, frustration, anxiety and sadness- especially from my twin. She doesn’t believe this either. The other day I went from feeling wonderful to having sudden anxiety and she asked me what was wrong. My response was, “It’s okay. This is not my energy. It’s someone else’s.” She didn’t respond.

What’s cool is that in the past I would have been extremely hurt about my mother not believing me about this and now I look at it like,” Well yeah, to anyone not going through this journey it’s going to sound freaking crazy. I can understand that. When my twin finally contacts me, she is going to be like, “Well I’ll be damned.” And I KNOW this, so it doesn’t bother me anymore. I used to be worried my mother thought I was crazy. The difference is I know she still thinks I am even though she tells me she doesn’t and this time around I no longer care what she thinks.

My entire life I was worried about what people thought about me. I realized this is one of the life lessons I had to work through. Well fuck if it hasn’t worked, because with every part of me, I FINALLY do not care what anyone thinks. I have never felt more confident and strong in my entire life.